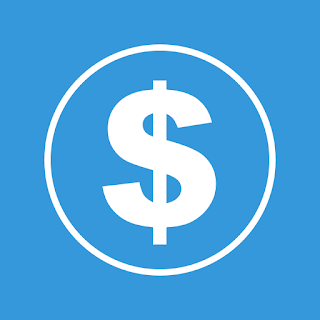 What's for Sale is a local community based social network. The purpose of the app is to help users to exchange sale information. For example, we want to have a yard sale or we find some sale are worth to notice. We can share these information by simple steps with the assistance of What's for Sale. 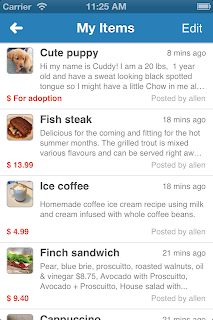 Geographic location is also another point in What's for Sale, each listing accompanying with a GPS log. The nearby search in What's for Sale queries items according to distance. Therefore, most search results are within an amount of range with the center our location and we can also expect a possibility of that people can meet each other. Owing to the reason, What's for Sale includes a built-in message system. It allows us to contact each other and have further communication via What's for Sale. 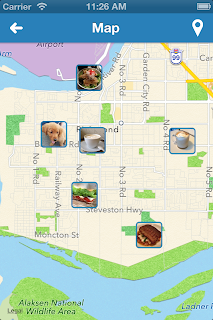 By What's for Sale, we want to carry out a concept that people can share sale information easily by an extreme casual way on iOS devices. 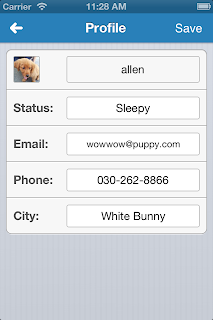 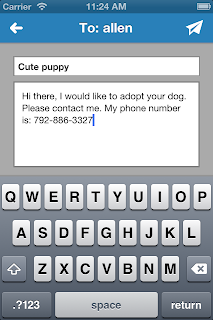 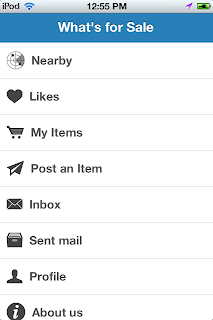 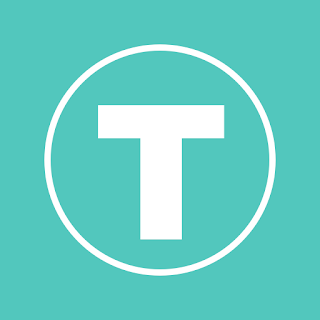 After years of using Facebook, I find I have built a habit to avoid speaking certain topics in my timeline. The reason is our identities. We have to be very careful of anything related to privacy issues because of the violation can cause some unwanted consequence. For that reason, Tutti is born to solve this consideration. In Tutti, posting is anonymous. However, other users still can comment or exchange ideas through a specific topic. Besides, Tutti is also integrated with a message system, users are able to contact each other by it. Via Tutti, it allows us to anonymously share or confess what's really been in our mind and build a greater connection and gain support from others. 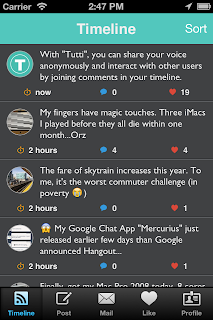 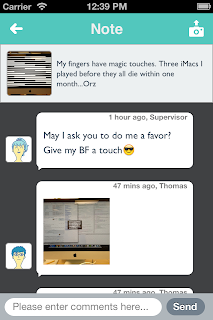 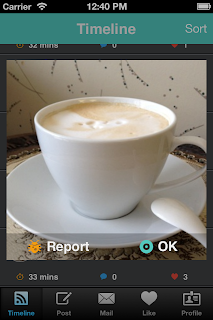 Some people probably would know that Google Talk is a popular service in business area because many companies adopt Google Cloud Service like Google App Engine as their business solution. For iOS platform, I was surprised that there is no official Google Talk Client App. Even in Google I/O 2013, Google claimed and released Hangouts to integrate Google Talk. The operation concept is still far away from my cognition. For example, you can't recognize which user is online or which user is offline in Google Hangouts for iOS. There is even no traditional contact list in it.

Since it's been a long time that I didn't develop any my own app after I was employed by a company, I decided to develop a Google Talk Client App to meet my need. Basically my requirement is that the App has to be light, straightforward and able to receive messages in background. Therefore, Mercurius is born according to these criteria. 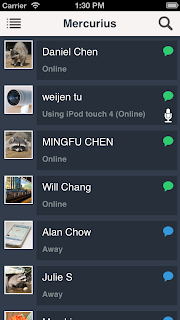 Mercurius only has two views for different purpose. One is for roster list and another is for conversation. I try to avoiding to push different view pages just in order to access a certain feature. So most operations can be done in the root view which is also a roster list. 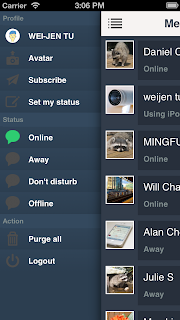 As to change profile pictures, change status or subscribe a new contact into list, just swipe to move the roster view and click the menu behind the roster view directly. In consideration of account security, Mercurius also adopts OAuth 2.0 as a way of authentication. The advantage of OAuth is that Mercurius doesn't memorize user's name and password. As some people might know, some services they store username/password in their server. Usually this kind of app would ask you to create an extra account through their activation process. Because gmail account is very important to me in many ways, I am extremely reluctant to let other services to get my username/password. 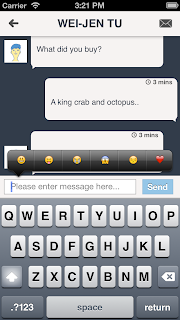 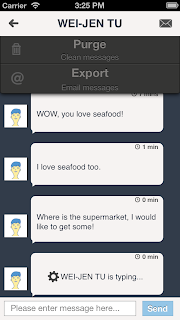 Mercurius has been on App Store and it's free now. If you are using Google Talk and also an iPhone/iPad, maybe give it a try. Cheers!! 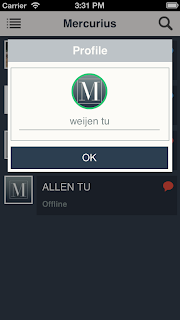 Want to lookup a word only - Lexicon-A

Hello!! Dear Friends ^_^
Today is the last day of year 2011. I want to say Happy New Year to everyone.
By the way, I also want to introduce my recent work, a free dictionary App for iPhone/iPod touch.
The App's name is Lexicon-A. Please take a look and enjoy it~

Email ThisBlogThis!Share to TwitterShare to FacebookShare to Pinterest
張貼者： La'fear 位於 11:33 AM 0 意見 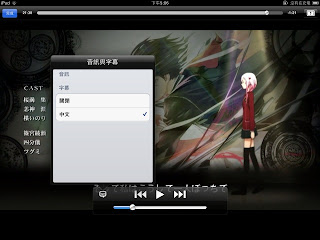 Hello~
The release 0.99b4 fixes subtitle disappeared option in iPhone/iPad/iPod touch Video Player. And the compatibility of Asian Font Subtitle is also improved. In preferences, the setting of CPU Count is also up to 12.
Blessing and Have a good day.
Email ThisBlogThis!Share to TwitterShare to FacebookShare to Pinterest
張貼者： La'fear 位於 5:12 PM 0 意見